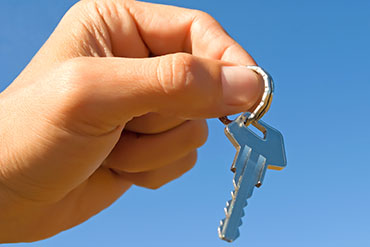 Replevin is a lawsuit in civil court seeking court ordered possession of personal property that was wrongfully taken or detained by another. It is like a court ordered repossession. The most common example is personal property pledged as collateral where the borrower quits making the payments. Cars, bulldozers, and machinery are examples of collateral that could be recovered in a replevin lawsuit. Sometimes people take what is not theirs or will not give back an item when its return is requested by the owner. As an example, Maude Lebowski could have filed a replevin suit to get back the rug wrongfully taken and detained by The Dude in The Big Lebowski instead of having her goons take it by force.

Replevin is used when the party filing the lawsuit cannot take the property themselves including where there is the risk of a breach of the peace. Want to repossess a car and the owner won’t give it back without getting or giving a beating? That would be a breach of the peace. One of the more amusing or shocking cases in Florida, depending on your point of view, involved a tow truck driver trying to repo a car. The owner jumped in the car and locked the doors. The tow truck driver still towed the car away with the owner inside then dropped it in a locked storage lot with scary guard dogs. That was a breach of the peace. (And worse.) Breaking in to a structure to repossess property is also a breach of the peace. In that case, you can get the replevin to include a break order saying that you are allowed, for instance, to break in to a garage to carry out the repossession.

So, if the peace is threatened, that means it is time to file a replevin lawsuit.

If the Plaintiff is a creditor and seeks to repossess collateral for a debt, they usually prevail in the case since they can prove the debtor failed to make payments. Once judgment is entered by the court, a Writ of Replevin is issued. This Writ is usually served by a sheriff’s deputy who will work with anyone hired by the creditor to take possession of the collateral or other property. The sheriff is mainly there to supervise the reclaiming of the property and to make sure the peace is kept. The creditor usually sells the collateral to regain some of the money it is owed and apply that amount to reduce the debt owed by the borrower. The creditor can then seek a deficiency judgment for any amount still owed after allowing for the net amount recovered by the sale of the collateral.

VolkLaw understands the procedural hurdles encountered in Florida in filing a replevin lawsuit, seeking possession of the property, and obtaining a judgment against the debtor if the collateral does not sell for enough to pay off the debt.

There are defenses to claims like this and we also help those who are fighting off a wrongful repossession or cases where the creditor is not entitled to a deficiency judgment. Like most cases, whether you are a creditor or debtor, an effective and experienced attorney can help you enforce your rights.