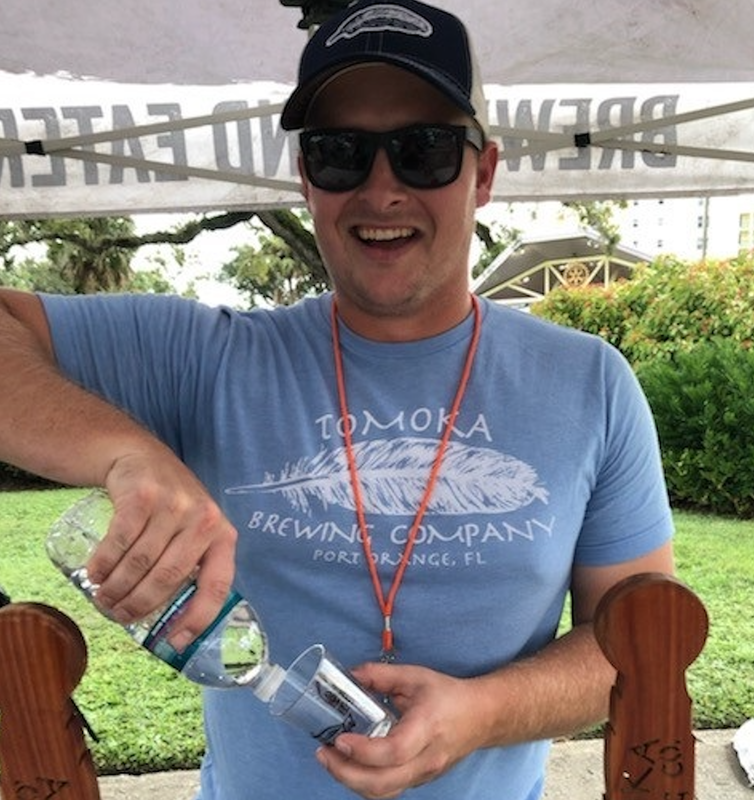 On Saturday, October 19, 2019, located off Highland Avenue, in the heart of the Eau Gallie Art District VolkLaw Offices joined forces with the Eau Gallie Rotary Club as a sponsor for the Rocky Water Brew Fest. Volk Law Served as a Pilsner Sponsor for this year’s festival. With that sponsorship VolkLaw helped raise funds for the benefit of local charities as well as charities abroad. Our very own brew connoisseur and VolkLaw Office Administrator Tracy Wales attended despite the rain! Tracy reported that there was a great selection of craft beer from 40 Florida breweries with ciders, Oktoberfest beers, fruit infused selections, interesting IPA’s and much more. Her favorite selections included a brut beer that had notes of champagne and a breakfast beer infused with black tea. Tasting cups were rinsed with water in between each sample to ensure the full appreciation for the brew. Tracy, was all grins as she reported back that “I think beer drinkers have some of the most creative T-shirts.” The band Unit 5 entertained the crowds with Stevie Ray Vaughn, Led Zeppelin and other classic rock and blues. Intercoastal Brewery provided free rain ponchos that thankfully were not needed for long as the Florida sunshine decided to peer through!