Rise of the Rest 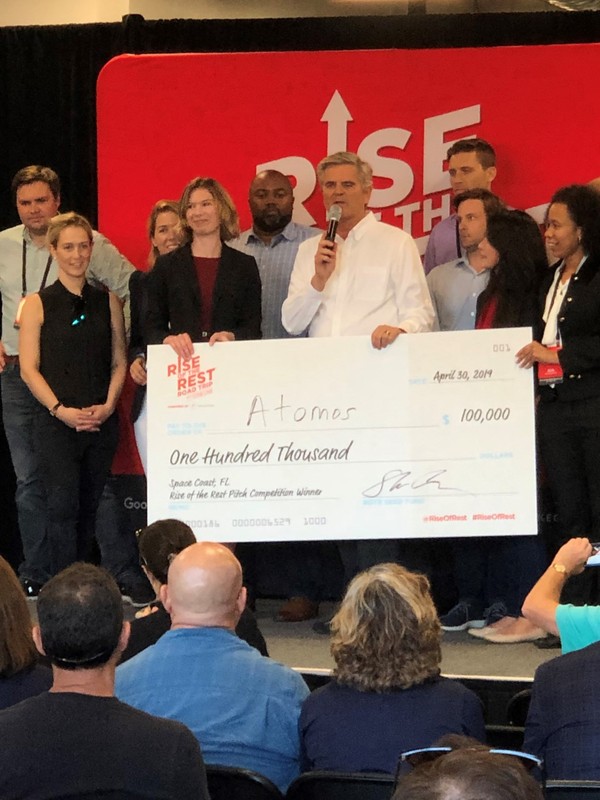 On April 30th, VolkLaw attorney Michael O’Neill attended the “Rise of the Rest” Road Trip with Steve Case, a co-founder of AOL. The purpose of “Rise of the Rest” is to show case start-up companies from around the country in order to spread venture capital because 75% of all venture capital for start-up companies goes to companies located in three states: California, New York, and Massachusetts. Florida, which is the third largest state, receives only 2% of the venture capital given in any year. The Road Trip came to the Space Coast because in the last five to ten years there has been a rise in start-up companies that focus on the development of space technology, and the Space Coast is where this technology blossomed.

Mr. Case presented a few nuggets of wisdom to the audience in attendance. First, he said what made Silicon Valley such a success for start-ups was the mentality of taking risks and not thinking about an early exit strategy. All of the Silicon Valley big companies started as start-ups, and the founders, instead of taking the early buy-outs, just “let-it-ride.” This attitude resulted in these companies now being the largest and most successful companies known in the world. This led to Mr. Case telling the audience of entrepreneurs to “believe in yourself, avoid the mentality of wanting an early exit, and ‘let-it-ride.’”

The main event for the evening was a “pitch competition” where eight start-up companies would present a “pitch” trying to sell their company to a panel of eight judges that would ask questions about the strengths and weaknesses of their company. After the eight presentations were completed, the judges would convene to decide the best pitch. The winning “pitch” would win $100,000.00 in seed funding. The eight companies were: Atomos Nuclear and Space, Bomax, Helicon Chemical Company, Hermeus, Hydrosat, Indemnis, Reaction Dynamics, and Tomahawk Robotics. In the end, Atomos won. Atomos’s purpose is to build and deploy a series of “space-tugs” that will move satellites from low earth orbit to their proper orbit so that companies can use any rocket system to get their satellite into space and Atomos will then “tug” that satellite to its

proper orbit. Such a practice will allow companies to “hitch-a-ride” on any available rocket system, instead of waiting for an opening, and thus have a deployment that is quicker and at a reduced cost.