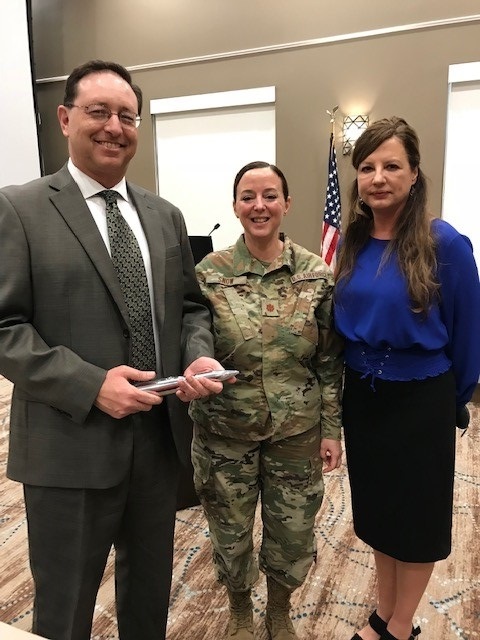 On November 20, 2018, VolkLaw Attorneys Michael Dujovne and Beth Clause attended the Melbourne Regional Chamber of Commerce Women of Excellence Gathering. The event was held at the Space Coast Association of Realtors. The featured speaker was Air Force Major Cathleen M. Snow. Major Snow shared her experiences as the Chief of Public Affairs and journalist recording and reporting on the activities of the 920th Rescue Wing. She also shared her insights on women in the military. Her grit and determination were inspirational, and she saw no limits to what women can accomplish in the military. She discussed her experiences in Afghanistan, and the Rescue Wing’s rescue efforts in the U.S. These included bringing people displaced by Hurricanes Harvey and Irma to safety, and a memorable rescue of a German man and his son whose boat had caught fire 500 miles out to sea. Before and after the presentation, Mr. Dujovne and Ms. Clause met and networked with other attendees who were equally inspired by Major Snow.