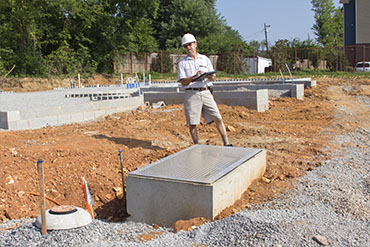 Land use planning is the deliberate, systematic development of real estate through methods such as zoning, environmental impact studies, and master plans put in place by governmental entities for the public benefit. Black’s Law Dictionary describes land use regulation as “an ordinance or other legislative enactment intended to govern the development of real estate. ‘Public regulation of the use and development of land comes in a variety of forms which generally focus on four aspects of land use: (1) the type of use, such as whether it will be used for agricultural, commercial, industrial, or residential purposes; (2) the density of use, manifested in concerns over the height, width, bulk, or environmental impact of the physical structures on the land; (3) the aesthetic impact of the use, which may include the design and placement of structures on the land; and (4) the effect of the particular use of the land on the cultural and social values of the community, illustrated by community conflicts over adult entertainment, housing for service-dependent groups such as low-income families and developmentally disabled persons, and whether the term family should be defined in land use regulations to include persons who are not related by blood or marriage.’ Peter W. Salsich, Jr., Land Use Regulation 1 (1991).”

State and local governments, as well as the federal government, regulate development and growth through ordinances and laws. Regulation of land use also comes from the actions of individuals and businesses via things like covenants, conditions, and restriction on use that a developer will include in condominium documents or subdivision documents. Those things are called covenants running with the land. The initial buyer and subsequent buyers are obligated by those rules of use. In these circumstances, court decisions and enforcement of private land-use arrangements may reinforce public regulation, achieving levels and forms of control that regulatory zoning cannot.

Zoning is the term used for regulating uses of certain plots of land by a local government. Brevard County, Florida and Melbourne, Florida, for instance, have Codes, which are a collection of ordinances, regulating land use. The local government designates various zones for all different kinds of uses of the land such as commercial, residential, industrial, or agricultural. Zoning is also used to regulate the kinds of buildings that can be erected in particular areas. Maximum height restrictions and high density housing can be regulated. The main purpose for zoning regulation is to separate incompatible property uses. For instance, big factories are usually grouped together in industrial zones to keep them well away from residential neighborhoods. There are circumstances in which exceptions to zoning rules exist such as allowing for a home to house a night watchman in an industrial zone. Exceptions to the zoning regulations are usually allowed either to satisfy a unique need that is not otherwise against the public interest or when there is a perceived hardship caused by the specific nature of the property in question.

Zoning is generally divided into five main categories: industrial, commercial, mixed commercial-residential, residential, and special (ones that do not fit inside the other four categories, like airports and sports complexes). There are also subcategories to the five major categories. For instance, the industrial category may be separated into light assembly, heavy manufacturing and warehouse uses, and the commercial category might have different zones for office use, small and large retail, lodging, and others.

All zoning infringes on the property owner’s right to unfettered use of their property. However, the public interest outweighs that quite often. I don’t think most property owners would argue that putting a hog rendering plant next to a subdivision containing multimillion dollars homes make sense. Zoning laws are sometimes misused. Misguided bureaucrats can let their power go to their heads so they act out in bad ways. Those folks are the overwhelming exception to the rule, but they often need to be confronted and reined in by a good attorney that has strong feelings about the sanctity of the United States and Florida Constitutions and that private ownership and use of land as the owner sees fit (as long as the public is not hurt) is part of what makes America great.

Sometimes, the land use scheme provides exceptions and ways to change zoning rules. VolkLaw can answer your questions and help you seek zoning changes, conditional use permits, and variances. The governmental entities are usually reasonable when presented with a reasonable land owner wanting to make a reasonable use of their land. Naturally, most development increases the tax base and gives the public entity more revenue. Governments generally love more revenue so they have something to gain by being reasonable.