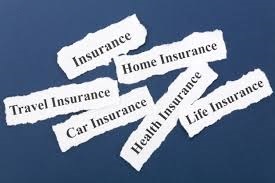 Ever had an insurance claim denied or offered paid for less than you thought you were entitled to? It seems like insurance policies are two pages saying you are covered for all sorts of things then fifty pages of listing what you are not covered for.

Ever gotten sued or received a threat of a lawsuit and your insurance carrier refused to help? Or gave you what is called a reservation of rights letter where they say you are not insured under the circumstances, but that they will provide you with an attorney?

Insurance companies have duties to their insured. In appropriate circumstances, they are supposed to pay claims fairly, efficiently, and in good faith. Still, insurance companies seem to not like paying claims or paying them fully. Claims adjusters do have the right to pay out not a penny more than they are supposed to. What are your rights when they won't pay what they should? VolkLaw can help you assert your rights.

The most common sort of insurance carrier lawsuit is a bad faith claim where the carrier engages in bad faith in settling a claim. This can entitle you to get your claim paid fairly and cause the carrier to have to pay your attorney's fees and costs to get what you are entitled to. These disputes are one of the few that lawyers will handle on a contingent fee basis. If they lawyer thinks it is a strong case, they know they have deep pockets to get you and them paid from.

So, what is a an insurance carrier supposed to do in defending you against a claim? The Federal District Court for the Southern District of Florida said this. "In Florida, the standard of care for insurers when undertaking the defense of their insureds is as follows: An insurer, in handling the defense of claims against its insured, has a duty to use the same degree of care and diligence as a person of ordinary care and prudence should exercise in the management of his own business..... The good faith duty obligates the insurer to advise the insured of settlement opportunities, to advise as to the probable outcome of the litigation, to warn of the possibility of an excess judgment, and to advise the insured of any steps he might take to avoid same. The insurer must investigate the facts, give fair consideration to a settlement offer that is not unreasonable under the facts, and settle, if possible, where a reasonably prudent person, faced with the prospect of paying the total recovery, would do so."

Insurance law is extensive and complicated. What is described here is only a small part of your rights. Florida has many laws regarding insurance and each case is different in determining if you are covered and being treated fairly. VolkLaw can help you navigate this difficult area after due consideration of your unique facts applied to those laws.