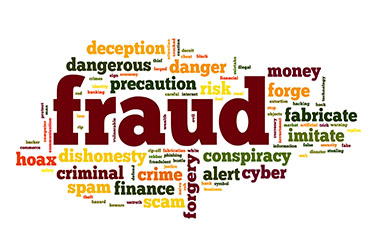 While nuanced and difficult to prove, in general, fraud is intentional deception or misrepresentation resulting in unfair or unlawful gain, and often causes damage or injury to others. It can also occur by concealment or omission where there is a duty to speak the truth or to speak completely to a subject you have spoken about. And, it has a cousin called negligent misrepresentation where there is a statement made with indifference to the truth.

Fraud is referred to as a tort. Torts are legal claims which the law views as a wrong against society as well as against the victim of the tort, because the person committing the tort has violated a societal duty placed on all people. Fraud can be both a civil and criminal wrong. Fraud can be difficult to prove since you must prove the state of mind of both the victim and the perpetrator: the liar does not often admit he intentionally deceived another person Fraud is comprised of:

In summary, there must be an intentional material misrepresentation upon which the other party relies to his or her detriment.

Fraud as a civil wrong may be committed for monetary gain or other benefits. A fraud victim could sue the perpetrator to avoid the fraud and potentially recover monetary compensation. When dealing with fraud regarding contracts, fraud might serve as defense in a civil action for breach of contract, or even the specific performance of a contract. Fraud might also function as a basis for a court to use its equitable powers. If fraud is proven, the perpetrator may be court ordered to rescind or reverse any fraudulently acquired transactions or agreements, and compensate the victim monetarily for any harm caused and punitive damages.

Fraud as a criminal wrong takes a variety of forms, and the perpetrator could be prosecuted and imprisoned by government authorities. An of a criminal offense would be obtaining money or property by false pretense. Other forms may be more specific to certain categories of victims or misconduct, such as insurance fraud, bank fraud, and forgery. The elements or variables of fraud as a crime vary similarly. The basic requirements of the general form of criminal fraud are the deliberate deception of a victim by means of false representation or pretense with the purpose to persuade the victim to relinquish property, and the victim’s relinquishing of property relying on the representation or pretense, with the perpetrator meaning to keep the property from the victim.

If you feel you have been a victim of fraud, or if you have been falsely accused of fraud and you need legal representation. VolkLaw is experienced in understanding the nuances of fraud and proving it in court. While you usually cannot get the liar to confess, you can show they have no credibility in defending their actions or by showing they knew what they said was not true when they said it.