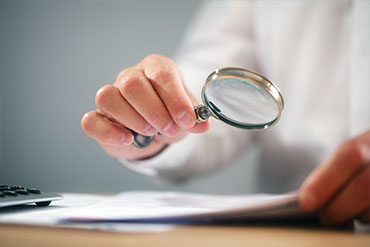 A contract is a set of promises made by two or more parties to each other. The basic elements of a contract are mutual consideration which means something of value, capacity to contract which means the law recognizes you as capable of entering in to a legally binding agreement, assent which means you agree to the contract terms, and legality meaning it does not deal with an illegal activity such as gambling.

When people consider doing business, they are usually on good terms, assume all parties understand the deal, and that there is no need to say what the consequences are if someone violates the contract. A well written legally clear and binding contract prepared by VolkLaw can help you make sure you understand the deal completely including what goes happens if some goes wrong. We once handled a $300,000.00+ airplane sale and purchase dispute where the buyer and seller banged out a few sentences on the deal. Surprise, surprise: they did not agree on what it meant when it came time for the deal to close. And, it cost both sides a lot of money in court.

Contracts are typically governed and enforced by the laws of the state in which the agreement was initially made. Contracts may be governed by one of two types of state law, depending on the subject matter of the agreement: common law which is the law as laid down by courts or the UCC (Uniform Commercial Code which is statutory law for certain types of business arrangements such as the sale or lease of goods. At times, the two can overlap or both can apply. The majority of contracts such as leases, employment agreements, and business deal agreements are controlled by common law. Common law is tradition-based and has evolved over the years. It continues to evolve, grow and change based on court decisions. The majority of states have adopted the UCC or parts of it.

There are four main types of contracts that the law recognizes as legally binding: express contracts, implied contracts, unilateral contracts, and bilateral contracts. Express contracts are made by written or spoken language, stating clearly and in detail the agreement and its terms leaving little room for confusion or doubt. Implied contracts are formed by the behavior of the parties involved clearly showing the intent to enter into an agreement, regardless of if there was no clear offer and/or acceptance expressed in writing or words.

Failure to perform under the terms of the contract is considered a breach of contract. When a breach of contract occurs, one or both of the parties involved might attempt to enforce the contract on its terms or may attempt to get compensation for financial harm caused by the breach. If a contractual dispute arises, one or both parties may choose to enforce the contract through a lawsuit if informal attempts to resolve the issues have failed. Court remedies to deal with a breach of contract include different classes of damages such as direct and consequential damages, an injunction or court order to enforce certain types of broken promises such as those in a noncompete agreement, and specific performance which means the Court orders the breaching party to carry out the agreement. The most common specific performance case is to force a seller to go through with a deal to sell real estate.

A contract can include a provision for binding arbitration of a dispute as an alternative to going to court. Infrequently, contracts have a provision saying the parties must first try to mediate their dispute before filing suit.

A simple, contractual mistake can result in serious problems. It is imperative that business owners and individuals making deals have a well written agreement so that each side knows what is expected and the consequences of bad behavior before they do business. VolkLaw is here to help. We have handled hundreds of contract disputes across a wide spectrum of fields. Want a good contract drafted or enforced? Hire someone that has been there many, many times.