The Lucky Ones Never Give Up 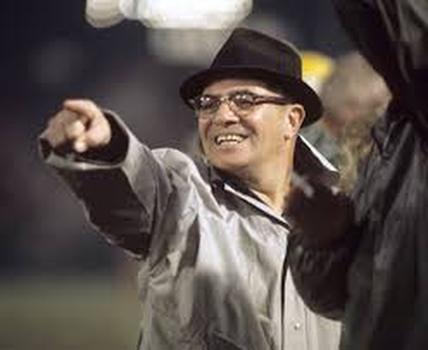 The Lucky Ones Never Give Up

If you are a football fan, you probably find it hard to believe that we are already halfway through the college football season. Time flies when you are engrossed in something you find interesting.

Why do we, as a country, like football so much? Americans as a whole like competition. We like the concept of winning and losing and, we appreciate those who strive to do their best. Those who strive to do their best are role models. Vince Lombardi coached the Green Bay Packers from 1959-1968, and he led his teams to great success.  Lombardi did this by demanding perfection. He said that if you pursue perfection, you will achieve excellence.

This applies in business as well. It makes me think of the successful people who are puzzled when someone says they are lucky. Those bemused winners find it interesting that the harder they worked, the ‘luckier’ they were. Those people pursued excellence and were rewarded with success. They were not lucky. They worked hard. They wanted to be number one. Which brings us back to Coach Lombardi. He told us this about striving to succeed:

"Every time a football player goes to play his trade he's got to play from the ground up- from the soles of his feet right up to his head. Every inch of him has to play. Some guys play with their heads. That's O.K. You've got to be smart to be number one in any business. But more importantly, you've got to play with your heart, with every fiber of your body. If you're lucky enough to find a guy with a lot of head and a lot of heart, he's never going to come off the field second.”

"Running a football team is no different than running any other kind of organization - an army, a political party or a business. The principles are the same. The object is to win - to beat the other guy. Maybe that sounds hard or cruel. I don't think it is."

"And in truth, I've never known a man worth his salt who in the long run, deep down in his heart, didn't appreciate the grind, the discipline. There is something in good men that really yearns for discipline and the harsh reality of head to head combat."

"I don't say these things because I believe in the "brute" nature of man or that men must be brutalized to be combative. I believe in God, and I believe in human decency. But I firmly believe that any man's finest hour, the greatest fulfillment of all that he holds dear, is that moment when he has worked his heart out in a good cause and lies exhausted on the field of battle - victorious."

What Lombardi taught us is that we will not always win. We can learn from our setbacks and come back stronger for the next battle. We should, however, never give up. If we keep working hard and keep chasing success, we might just wake up ‘lucky’ one day.

David Volk, a Business Litigation Attorney with Volk Law Offices, P.A., has 29 years’ experience and can be reached at help@volklawoffices.com or by visiting VolkLaw online at VolkLawOffices.com