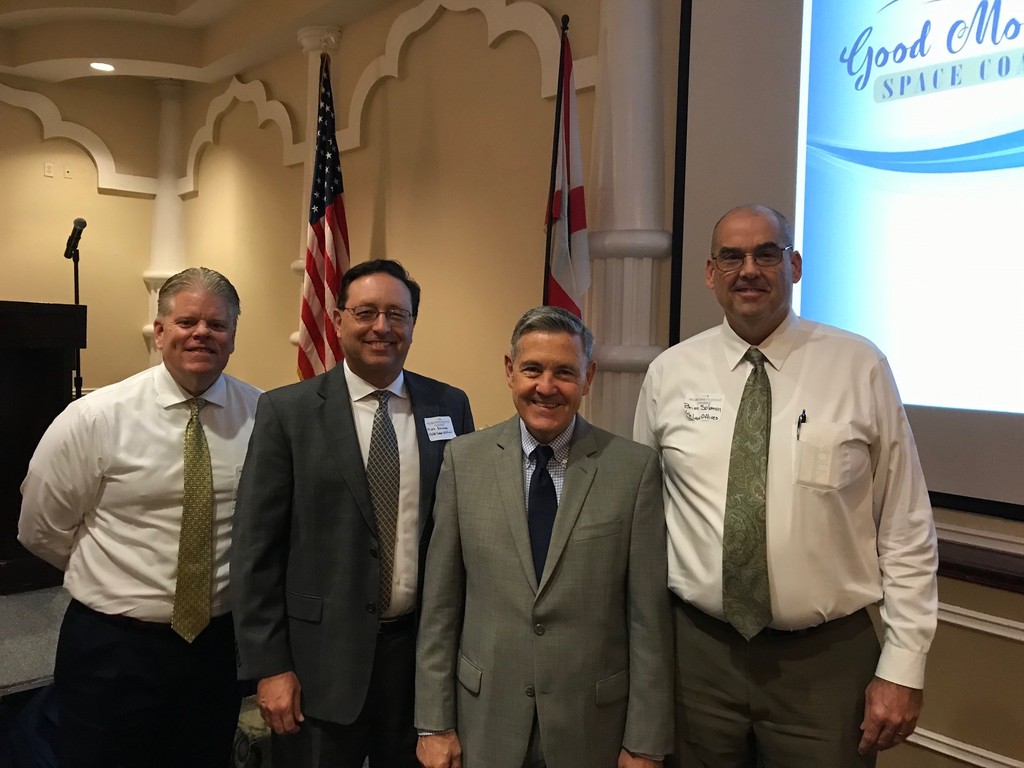 On August 1, 2019, VolkLaw attorneys Michael Dujovne, Brian Solomon, and Barry Baker attended the Melbourne Regional Chamber “Good Morning Space Coast” business breakfast.  The event was held at the Space Coast Convention Center in Cocoa and was well-attended.  Some of the attendees included the Mayors of Cocoa Beach, Melbourne, and West Melbourne, as well as a Brevard County Commissioner.   Several new members of the Melbourne Chamber were introduced and welcomed.  The keynote speaker was Richard D. Cabana, Director of the John F. Kennedy Space Center. Mr. Cabana’s professional background is indeed impressive.  A U.S Naval Academy graduate, Mr. Cabana went on to serve as a pilot in the U.S. Marine Corps before being selected to attend the Navy Test Pilot school and then selected to join the NASA astronaut program where he was member of four space shuttle mission crews.    Mr. Cabana updated the attendees with the progress being made at the Space Center towards resuming manned space flight launches from the United States to serve the needs of the International Space Station.  He also provided a fascinating overview of the Artemis program and its objective of a lunar landing by 2024 and establishing an ongoing presence on the moon which would be supported by commercial space flight companies such as SpaceX and Blue Origin.    The Artemis program will also lay the foundation for eventual crewed missions to Mars.  The ongoing operations at KSC will involve the expansion of existing companies and the addition of new companies that support these missions.  It is indeed an exciting time to be living and working on the Space Coast as its businesses and talented employees continue to explore new frontiers.