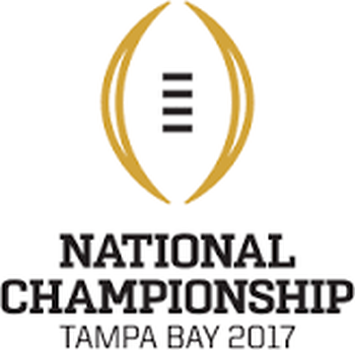 If you were one of the 25+ million viewers watching the 2017 College Football National Championship game on Monday night (January 9th), you were sitting at the edge of your seat during that last four-seconds of the game with Alabama leading 31-28 when you realized that the Clemson Tigers were not going to attempt a field goal to take the game into overtime - they were going for a touchdown!  Clemson Quarterback, Deshaun Watson made the throw of his life when he perfectly propelled the football to Clemson Wide Receiver, Hunter Renfrow, catching the ball with one second left to the game to score the winning touchdown.

What can we learn about leadership from this magnificent 2017 College Football Championship game?   Courageous planning.  It was evident that Clemson had the right mix of intense fortitude and a savage “Eleventh hour game-plan” to pull through when, by the end of the third quarter, the Clemson Tigers were trailing the game by 10-points (Alabama 24-14).  It certainly was not by pure luck that Clemson was able to perform tremendously better in the last fourth quarter, gaining 21 points.  No – it’s not luck at all – it was an amazing representation of the all American, “Never Quit” attitude.

Let’s face it, having a solid game-plan is necessary in every playing field of life.  And there are times when your game-plan needs to be changed when it’s not working for you - Clemson certainly recognized that.  Most importantly you should remember to:  Never Give Up.

My father’s favorite American President of all time was the late, Ronald Reagan who said, “A leader, once convinced that a particular course of action is the right one, must be undaunted when the going gets tough.”    Keep Going.  Be like Clemson during the 2017 College Football National Championship game: stay determined and always be willing to step up your game.

Over the years, I have used a valuable 6-Step Process in creating successful leadership plans.  Whether it’s trying to develop a better team at work, reduce expenses, build brand awareness or increase revenues for your company, it’s all the same psychology:  6 Steps and Do It!

You must know what you really want.  And be specific.  If you really want to succeed, write it down.  Make a game plan.  For the Clemson Tigers – they were determined to win it.  They weren’t going to settle for tying the game – they were there to WIN.

Example:  My company’s profit margin will increase by 25% by the end of this fiscal year.  I’ll use this example for the rest of this article so you can see how the 6-steps connect.

I have learned that one of the most-important steps in cultivating a great plan is understanding WHY you want to accomplish your goal.   In Clemson’s case – they wanted to win the College Football National Championship – a goal they haven’t achieved since 1981, an astounding 36-year gap.

“You miss 100 percent of the shots you don’t take.”– Wayne Gretzky, NHL Player

Your opponents are anyone who goes against your goal.  In Clemson’s case, their opponent was the Alabama Crimson Tide and all the sports junkies who calculated, prior to the start of the game, that Clemson would lose by 6-points.   Clemson’s goal was to win the championship – they weren’t going to let their competitors or estimated sports data shift their focus.

Now we’re not just talking about your direct industry competitors here.  In business, how often do you come across people who tell you that you can’t do something?  Maybe you have a business partner or a co-worker who tries to convince you that you can’t grow your profit margins because you need to pay your team more.  Maybe they’re advising you to spend money on an unnecessary expense.  Do you have family members telling you that your ideal project will never work out?  Those are your opponents.  It’s Resistance.  You can overcome resistance if you can first anticipate these opponents and build a game-plan to overcome them.

Resistance:  No motivation to work on a new project.  Game Plan:  Schedule a time in your calendar devoted solely on working on that new project:  brain storming, research, marketing, launching, whatever it is – schedule a designated time in your work day to devote solely to what you need to get done.

Resistance:  My employees seem to lack enthusiasm for our company goals.  Game Plan:  Have daily or weekly team meetings and develop a plan to improve employee morale.

Resistance:  We haven’t been able to properly market our services.  Game Plan:  Hire a branding consultant to help you brand and market your services.

“When the going gets tough, put one foot in front of the other and just keep going. Don't give up.”  Roy T. Bennet, author.

You know what you need to do.  So just do it.  Develop some new work habits to accomplish your goals.  In Clemson’s case – their habit was hard-work and dedication.  They developed a “Will Win” attitude when they finished the 2017 college football season with no losses.

University College London published a study reporting that it takes, on average, 66 days for a new behavior to become a habit.  That’s just over 2-months.  The study also concluded that because every person is different, depending on the circumstances, behavior and person, it could take anywhere from 18 days to 254 days for people to develop a new habit.

“It's not that I'm so smart, it's just that I stay with problems longer.” - Albert Einstein, physicist and developer of the theory of relativity

This is where your daily focus should be.  How do you want people to see you and your company?  In Clemson’s case, they were the underdogs but are now seen as the team who can pull through at the last minute. Their game plan for the last 4-seconds of the game was not to kick a field goal that would tie the game – they were not settling for a mediocre tie.  They became known as the team that was there to WIN it.   Clemson came up with a flawless plan that earned them a ferocious, “Never Quit” reputation.  To get less resistance from others – you need to build a reputation of how others should see you or your company.

When I think of reputation, I think of Melbourne, Florida attorney David J. Volk.  As a whole, attorneys don’t generally have a reputation for being very ethical, right?  On the contrary, Mr. Volk instills morals, ethics and values to his team on a daily basis at Volk Law Offices, always encouraging them to make choices that are morally right.  In addition, Mr. Volk fosters continued growth and innovation in his community by being involved in a number of contributing organizations including, the Economic Development Commission of Brevard County, Melbourne Central Catholic High School, Melbourne Police Foundation, Brevard County Bar Association and Credit Professionals of Brevard.  Mr. Volk’s continued dedication to the Space Coast community has helped identify him as a well-respected civic leader.

What reputation have you or your company built?

It can sometimes be difficult to stay focused, especially when we face a lot of resistance.  To help foster focus be sure to read your goals daily, review your reasons to why you have the goals that you have, anticipate resistance, be consistent with your routines, and build on your reputation.  Most importantly, always have a back-up plan if something isn’t working or if the resistance you’re receiving is too big for you to accomplish your goals.